Making friends is hard y’all.  It’s even more difficult when you’re married to the principle.

As most of you know, we live at a clothing-optional resort here in California.  My husband is the general manager of the resort where we reside.  It’s a wonderful gig and he loves his job.  I love his job and I love that he loves his job.  I will confess, though, that being married to the principle does not make forming friendships easy.

We went to the bar here at the resort this past weekend.  We were hanging out in our regular spot (regular meaning the corner that we occupy on the occasional Friday when the bar is dead and we visit with the bartender for a few hours).  At one point during the evening I glanced around and noticed that there was not a single person on our side of the bar.  Not. A. Single. Person.  We were an island unto ourselves.  The barstool next to my husband was occupied, but it had been scooted down about four feet and was facing any direction but ours at varying times throughout the evening.   We glanced across the bar and see that the other side of the bar was PACKED! 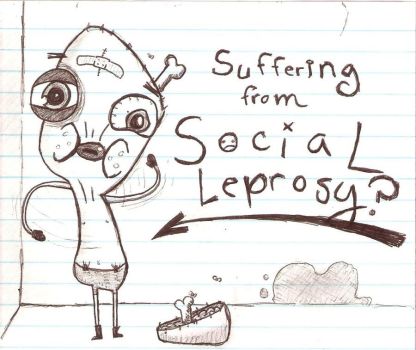 I suppose I should be honest and say that I’m not exactly great at making friends in the first place.  I’m a tad too introverted and reserved.  I am socially awkward and tend to avoid conversation for fear of tripping over my words or saying something that I’ll obsess about later.   I’m “difficult”, “hard to get to know”.  I “don’t open up easily”.  So, it takes someone pretty patient and persistent to get to know me, let alone actually establish a friendship.

I suppose I should be honest and say all of that.

But nobody wants to sit at the principle’s table at lunch.  Or at the bar, apparently.